Support from Notaries for Spanish presidency of European Union

Spain will hold the presidency of the Council of the European Union in the second half of 2023, following on from Sweden, and prior to Belgium.

There have been previous Spanish presidencies, in 1989, 1995, 2002 and 2010, as the Member States take on the presidency of the Council in six-month shifts, according to a system of equal rotation and predetermined order.

This presidency takes place on the brink of the fortieth anniversary of Spain joining the EU, the ultimate dream of the generations of Spaniards who faced the task of rebuilding the country after the devastation and international isolation caused by the last civil war. Fortunately, two generations of Spaniards have already been born within the area of freedom, security and justice that constitutes the European Union, and who know no other reality in their lives.

Built on historically deep-seated cultural, political and social foundations, where the heritage of Roman law, the ethics of Christianity, the principles of liberalism and democratic socialism of the Modern Age and the constitutionalism of the twentieth century converge, the European Union is an essential source of ethical and legal rationality which places limits on the political action of the Member States, preserving the basic freedoms and rights of European citizens. And it does so not only through regulations and directives, drawn up by means of a complex, sophisticated and balanced tripartite legislative procedure (Commission, Council, Parliament). It also acts through the jurisprudence of the Court of Justice of the European Union, the ultimate guarantor that Union law is interpreted and applied in the same way in all Member States, and is complied with by the States and European institutions themselves.

One good example of this task of the Luxembourg-based court may be found in the recent judgment of 22 November 2022, which declares the nullity of Article 1(15)(c) of Directive 2018/843, known as the 5th Anti-Money Laundering Directive, on the basis that public access to information on the beneficial owner of commercial companies, conducted through commercial registers, unnecessarily and disproportionately infringes the rights to privacy and personal data protection enshrined in Articles 7 and 8 of the Charter of Fundamental Rights of the European Union. This judicial decision entails the repeal of Order 319/2018 of the Ministry of Justice and the immediate closure of the beneficial owners section of the Spanish Commercial Register, as has already occurred in Germany, Austria, Belgium, Ireland, Luxembourg and the Netherlands.

The European Union today is much more than a trading bloc or a grouping of countries; it is a community of Law, which guarantees freedom, security, justice and democracy for all its citizens. As the Vice-President of the European Commission for Promoting our European Way of Life, Margaritis Schinas, so eloquently put it in his opening address of the 2022-2023 cycle of the Academia Matritense, delivered on 20 October at the Notarial Chamber of Madrid.

Present in twenty-two of the twenty-seven EU States, with more than 20,000 notaries and 200,000 employees, the Notariat is a vital and essential part of the European community of Law and way of life.

The Spanish notariat is actively involved, both directly and through its integration within the CNUE (Council of the Notariats of the European Union), in the creation, development, application and teaching of European Union Law.

THE EUROPEAN UNION IS A COMMUNITY OF LAW WHICH GUARANTEES THE FREEDOM, SECURITY, JUSTICE AND DEMOCRACY OF ALL ITS CITIZENS

The EUDOC system for the secure international exchange of documents among notaries, created in 2021 by the Spanish and German notariats and now operational; the biannual European Law training programmes co-funded by the European Commission and the CNUE; and the School of European Legal Practice, based at the Notarial Chamber of Madrid, are just some of the initiatives representing the active contribution of the Spanish notariat in building the European legal community.

A huge task lies in wait for Spain with the Presidency of the European Union. The country’s representatives will lead nine of the ten Council formations –excluding the Foreign Affairs Council–, the Permanent Representatives Committee (COREPER) and almost all the working groups. They will have the job of presenting proposals, organising meetings, seeking consensus with the focus on general interests, and representing all Member States in certain areas, all in the run-up to the elections to the European Parliament (May 2024) and the appointment of a new Commission.

This will entail responsibility for finalising negotiations on numerous matters, some of them of great significance for the daily life of citizens or companies and for notarial practice, such as the review of the European Digital Identification Regulation, the anti-money laundering package or any of the initiatives announced by the European Commission in the field of vulnerable adults and corporate digital transformation (proposal for a Directive to extend and improve the use of digital tools and processes in company law, scheduled for the first quarter).

Our magazine wishes to express our best wishes for sure-footed success in this endeavour, to all the heads of department, public officials and staff in the service of the Spanish authorities responsible for this fifth EU Presidency. 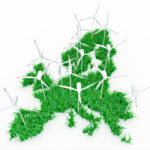 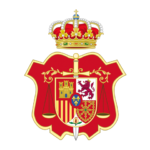