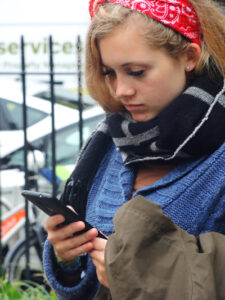 Mario Draghi said Last August in his first speech after leaving the presidency of the European Central Bank that European governments face «a moral imperative» to invest in the education for young people. «The debt created by the pandemic is unprecedented and will have to be repaid mainly by those who are young today,» he said.

Therefore, the Italian stressed that «It is therefore our duty to equip them with the means to service that debt, and to do so while living in improved societies.» Draghi, who left the ECB last November, said that “For years, a form of collective selfishness has led governments to divert attention and resources towards initiatives that generated guaranteed and immediate political returns. This is no longer acceptable today.

Despite the focus given to the new generations, the European Youth Forum was not happy with the deal achieved in the July summit.

“At a time when young people are  already bearing the burden of yet another crisis, this budget agreement comes as a disappointment. Most of the sectoral programmes with a direct focus on youth or with the potential to support the transition towards a fairer, more socially and environmentally sustainable Europe, will now not be able to meet their ambitious targets, the Forum said in a statement.

They criticised that EU leaders cut the Commission’s proposal for numerous programmes in the EU budget, such as Erasmus, to make room for the recovery fund.

In addition, the Forum added that although “Next Generation EU” plans to offer opportunities to young people in the post-covid world, it is not clear what resources will be allocated of the total of €750 billion, given that the implementation will depend on the national recovery plans drafted by the member states, and which must be approved by the Commission.

The European Parliament managed to reverse part of the cuts made by the leaders last summer, and added €2,2 billion more for Erasmus during negotiations with the member states, now totalling €22,4 billion for the next seven years.

“Next Generation EU” plan to overcome the covid-19 crisis was born from an intergenerational pact: young people will pay the huge debt that will finance the stimulus, in exchange for having better opportunities, and a more ‘green’ and digital Europe.

Last July, EU leaders reached a true historic agreement. For the first time, the EU will borrow an unprecedented amount from the markets to finance a € 750 billion recovery package. This massive stimulus seeks to overcome not only the biggest pandemic that Europe has suffered in a century, but also the most severe economic crisis in the EU’s seven-decade history.

The numerous instruments and nuances of the package, the hundreds of hours of negotiation and thousands of pages behind its implementation hide the core principle from which it came from: an intergenerational pact between today’s decision-makers , and the generations of tomorrow.

Europe is on its way to become more polluted and its economies more indebted for the young. For that reason, the Union wants to take advantage of the covid-19 crisis, to ensure that the unprecedented spending required to get out of the hole becomes a productive investment to transform how we live and how we produce.

«I propose a Generational Pact for tomorrow,» said the President of the European Commission, Ursula von der Leyen, when presenting the draft recovery plan in the European Parliament in May.

“Yes, the effects of this crisis mean that we need to make investments on an unprecedented scale today. But we will do it in a way that Europe’s next generation will reap the benefits tomorrow,” she stressed stressed.

She explained that it is not only about preserving the EU’s achievements conquered during seven decades of European integration, but also about progressing towards a sustainable Europe, promoting the digital transition, social cohesion and reinforcing EU’s weight in a more competitive unstable world.

How to do it. The instrument to achieve these lofty goals will be the EU budget, totalling more than one trillion euro over the next seven years, and the new recovery fund against the pandemic, named «Next Generation EU». In total, more than €1.8 trillion, including the fund’s €750 billion.

Spain will receive €140 billion from the recovery fund, of which €72 billion will be non-refundable grants. The rest are cheap loans that will remain untapped for the time being, the Government said.

It is not the first time that youth has been on the radar screen of the EU institutions. In the aftermath of the past crisis, and given the risk of a ‘lost generation’ due to the difficulties of young people to enter the labor market, the Commission launched in 2013 the“Youth Guarantee”.

Around 24 million young people have benefited from this instrument. However, it had an uneven impact, partly due to the rigidity of the mechanism and its bold ambition.

The EU Court of Auditors questioned its results, and in 2017 concluded that it did not meet the expectations created. «Many young people have not seen its positive impact on the ground,» Ludovic Voet, a representative of the European Trade Union Confederation, told Euractiv.

As it happened during the past crisis, young people have once again been one of the most affected groups by the impact of the recession caused by covid-19. For this reason, together with the intergenerational pact behind the long-term recovery fund, the Commission also proposed an overhaul of the “Youth Guarantee” in July.

The reform was already planned when the von der Leyen Commission took over last December. The impact of the pandemic however gave a new dimension and added fresh importance to its reform.

The EU Executive proposed that at least €22 billion of the EU’s multi-annual financial framework (2021-2027) be allocated to support youth employment. As EU commissioner in charge of Employment, Nicolas Schmit, pointed out in July, «there is a risk that young people will be victims of this crisis, which could lead to a lost generation’ or a ‘lockdown generation’».

Schmit warned that young people in precarious jobs, with limited employment contracts, and those who have not yet entered the labor market, are not protected by ERTEs and other short-term systems established by member states to cushion the consequences of the coronavirus.

For this reason, it is important for the Commission to send a «signal» to young Europeans, to show them that they are «not forgotten» in the exit from the deepest crisis in the EU history, he explained.

Part of the €22 billion earmarked for youth will be channeled through the new “Youth Guarantee».

In the revision, the Commission maintains the commitment to offer a job, education, apprenticeship or training proposal within four months for those who sign up for the “Youth Guarantee”.

The novelty is that it will be more inclusive, to avoid any form of discrimination, with a broader scope to ensure the participation of the most vulnerable groups. In addition, it will be linked to companies’ needs, providing the required skills, in particular those of the green and digital transitions, and preparatory courses and personalised advice, guidance and tutoring will be offered, to facilitate the transition to the labor market.

The Commission’s action to support young people also included a recommendation for member states on vocational education and training, to make national systems more modern, attractive, flexible and aligned with the digital and green economy. The institution also proposed to give new impetus to the European Alliance for Apprenticeships, which has made more than 900,000 opportunities available to date. This alliance supports SMEs and brings together unions and employers’ organizations.

The director of Bruegel, a think-tank, Guntram Wolff, said that the €22 billion are «insufficient for the three million unemployed young people in the EU», a figure that is likely to increase in the coming months. That is why he called on the capitals to contribute more.

“Europe cannot allow itself to forget its young people again. Institutions must contribute to the effort to avoid another ‘lost generation’, and national political leaders, in particular, have to do their bit,”Wolff wrote in an op-ed published in El País on November 11.

Once again, the old mantra of Europe moving forward thanks to a crisis period proved to be right with the creation of the recovery fund, a first step towards a European fiscal union.

But it remains to be seen what will be the real impact of the great effort made by EU institutions and governments to support youth and to secure a more digital and sustainable future.

At stake is not only getting out of this crisis, but doing so while ensuring the levels of well-being and security that European citizens expect, in a harsher and more unstable world. 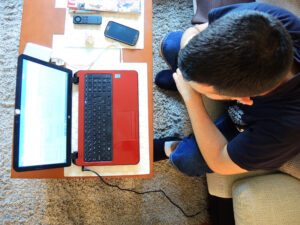 European Commission’s website with all the information and the latest news on the recovery fund and the EU multi-annual financial framework. 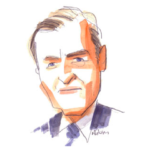 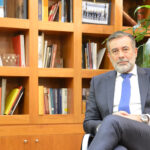