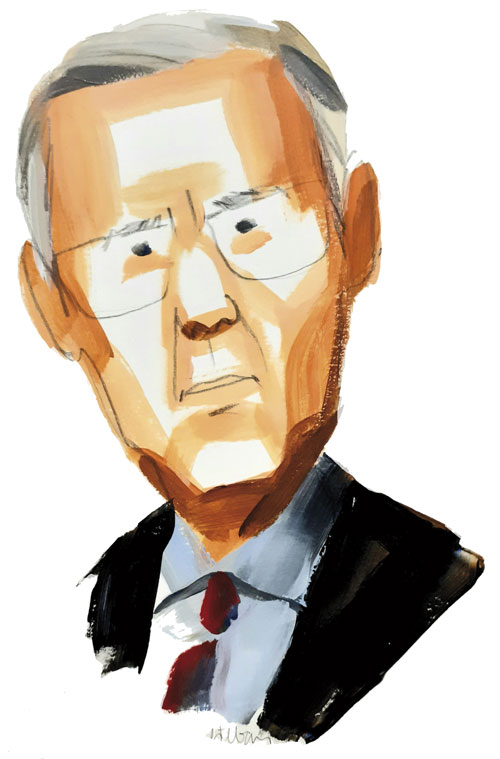 The lockdown has sped up the digital transformation, with greater progress in a few months than in many years

THE POINT OF NO RETURN

I have a friend who says he’s on the way to becoming an old hippie. In fact my friend – who is right-wing, though quite unorthodox – is not at all rebellious, quite the opposite. I would even go so far as to describe him as the archetypal bourgeois: a well-groomed, cosmopolitan consumerist, university-educated and well-off. More like a yuppie, then, than a hippie. If there is one thing that links him to the free-living youth of the 60s, it is his devotion to Janis Joplin, the Grateful Dead and Jefferson Airplane, and above all his concern for the environment.

The thing about my friend is that he abhors new technology because, he says, he doesn’t get enough out of it, and does not believe the benefits justify the toll that he pays for using it, given the risks. He writes on computers without an Internet connection, uses vintage mobiles, and is not involved in any social media or instant messaging groups. What he wants, when he is older than he is now, is to return to the countryside – «back to basics», he says – to live surrounded by hens, outside the control of the government and multinationals.

And despite being quite a technophile, I understood what he means when, on leaving a restaurant in Huelva a couple of years ago, the Google Maps application on my phone asked me to rate the eatery. It was then that I discovered that as well as registering that and other similar visits on previous days, the omnipresent application had tracked me halfway across Spain, and even made a note of my stops and how long they lasted. Without even realising it, we have lost our privacy, aside from what we give up voluntarily, and I believe it all comes down to working out if it is worthwhile.

In two decades we have taken such a huge technological leap forward that it can no longer be explained in linear terms, or even as an exponential curve. Drawing on mathematical calculations, Google’s director of engineering, Ray Kurzweil, foretells changes in the coming years that will be so fast and far-reaching as to bring about an evolution similar to the past twenty thousand years. What is more, he predicts that by 2045 our brains will be able to connect wirelessly to external devices (the exocortex), multiplying their capability a billion times over.

The possibility that within twenty years we might witness the dawn of a race of omniscient beings goes beyond our still relatively analogue comprehension, and it is understandable that, with or without justification, this arouses misgivings. It is, ultimately, like playing God. In any event, like Vitalstatistix, the Gaulish chief who fears that the sky will fall on his head, I console myself with the thought that «it won’t happen tomorrow». In the meantime, what is clear is that we are already living between two worlds, one which is on its way out, and another which lies just around the corner.

One of the few positives to be taken from the Covid-19 pandemic is that, albeit out of necessity, we have drawn closer to that corner. The lockdown has sped up the digital transformation, with greater progress in a few months than had been seen in many years. The fact is that companies have been forced to raise their game, homeworking has become more widespread, education has adapted to the virtual environment, online shopping has expanded, and we are making more use of digital banking and social media.

This has also, though, highlighted many of the shortcomings that place Spain halfway down the European league table. The situation of SMEs, which account for 99% of businesses, is particularly concerning. According to the 2018 SME Survey, prior to the pandemic just 19% of such enterprises had a digital plan, and only 3% saw digital transformation as a priority. The situation has changed somewhat, but the progress remains insufficient, and is not keeping pace with the challenges faced.

Aware of these shortcomings throughout Europe, and the danger of depending on technologies and solutions from third countries, or of storing sensitive data in their «clouds», the European Union has devised the Digital Europe programme, with the specific aim of remedying these failings and strengthening Europe’s digital capabilities. In parallel, the Spanish Government has set up a plan for the digital transformation of public authorities, one of the cornerstones of the 2025 Digital Spain Agenda, of which business organisations in the sector take a very positive view.

The support of business figures is to be expected: aside from automating processes, taking advantage of the potential of artificial intelligence to develop products or better respond to customer needs, they know that there is no sense in digitally transforming their businesses unless progress is also made in implementing electronic public administration. It would likewise seem clear that such a transformation will prove successful only if it is the finishing touch to a far-reaching reform of hidebound administrative structures. That, though, is another story altogether.

The nub of the matter is, I believe, to persuade my friend that we are not losing a grip of the issue, and, for example, that artificial intelligence will not be used to punish him or predict his behaviour on spurious grounds, nor that being granted a loan or, while we are at it, prison benefits, will depend on an algorithm, as happens in Catalonia. And to convince myself that the digital gap will also grow no deeper, and that a deluge of cyberattacks won’t send us back to the planet of the apes. In other words, that the benefits are greater than the drawbacks and threats. 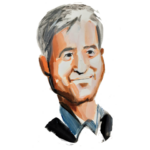 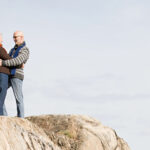