Following the Directive (EU) 2019/1151 on the use of digital tools and processes in the field of company law, the European legislator has taken an important step to adapt European company law to the digital age. The main idea is to introduce the online incorporation of companies throughout the Union. In addition, online procedures are regulated for applications prior to registration in the commercial register and the presentation of company and branch documents.

The online incorporation throughout the Union will facilitate the creation of both national and cross-border companies. At the same time, the Directive shows a deep respect for the different legal systems and traditions of the Member States in the electronic world and enables them to adapt their national legal traditions to European requirements, in particular through the compulsory intervention of the notary, whose importance to guarantee legal certainty and prevent abuse is also recognized in the digital age.

We very much welcome this approach. Indeed, in countries such as Spain and Germany, the incorporation of companies and subsequent structural modifications are subject to preventive control by the notary. Several reasons explain this.

Preventive control guarantees that companies are established and keep on existing in a legally effective manner. At the same time, the reliable identification of shareholders and administrators by the notary allows to determine with certainty who is behind a company and who can represent it. In addition, data on the existence of the company, its statutes and the persons empowered to represent it, as well as the way in which they are authorized to do so, are entered in the commercial register. Thanks to the «entry control» by the notary, the actors of the legal transactions can be based on the registry information, endowed with public faith. This creates a safe, simple and trustworthy environment for legal transactions and contributes to effective taxation and the fight against money laundering.

However, the intervention of the notary goes much further. The complexity of company law requires tailored solutions which, in most cases, are achieved through individually drafted statutes. Important issues such as the name and purpose of the company or the shareholders’ matrimonial property regime must be clarified on a case-by-case basis. For this reason, Member States may also require the compulsory intervention of notaries in this area.

The draft law of the German Federal Ministry of Justice,“DiRUG”, as of 18 December 2020, transposes the Directive into the German law. It was approved by the Federal Cabinet (Bundeskabinett) on February 10, 2021 and by the Federal Parliament (Bundestag) on June 10 without significant changes. As it is supported by the Federal Council (Bundesrat), it is expected to be published soon in the Federal Official Gazette.

With the DiRUG law, the German legislator has deliberately decided to maintain the principles of the process of granting notarial deeds in physical presence and transfer them in an equivalent way to the digital world. The cornerstones of this transfer are the videoconference with the notary, the secure digital identification and the qualified electronic signature.

In this context, it is only allowed to grant deeds online through the video communication system operated by the Federal Council of German Notaries (Bundesnotarkammer), which guarantees the highest standards of security, reliability and data availability and prevents the authentication procedure is done through foreign servers.

The online incorporation procedure is only used for authenticating articles of incorporation of a German GmbH and for resolutions taken in the context of company formation, such as those concerning the appointment of the first directors. Thus, the German legislator has appropriately ruled against a general opening of the online procedure to all notarial procedures, since the purposes of the notarial form cannot be guaranteed to the same extent through an online procedure. For instance, in family and inheritance law, the personal appearance before the notary is intended to protect the interested parties from hasty decisions and to draw their attention to the special importance of the transaction. Similarly, in real estate law it is not uncommon for consumers and entrepreneurs to meet face to face and the notary to take special precautions.

In short, the DiRUG does not see digitization as an end in itself, but rather simplifies and accelerates procedures when compatible with the current structures and functions of notarial authentication in the preventive administration of justice system. Therefore, the sense of proportion shown by the European and national legislators must be fully and unreservedly welcomed. 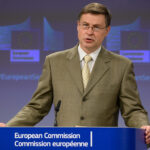 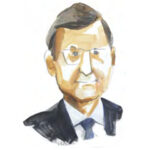