Bitcoin and the digital euro

Bitcoin and the digital euro share various similarities but also significant differences. Both are digital tokens that will be used as a means of payment. Bitcoin however is based on blockchain technology (decentralized distributed ledger) is also used by investors to speculate. As it is not backed by any institution or back of assets, nor it has any currency as a reference (as in the case of Facebook’s Diem with the dollar) Bitcoin value has suffered enormous volatility over the past years. Over the past months, it skyrocketed from 9,600 euro last September to exceeding 43,000 euro at the end of April. On the contrary, users of the digital euro will be able to have the same level confidence as in their coins and banknotes, since the digital version will have the strong support of the ECB.

The ECB is accelerating the preparation of its digital currency, which could bring significant changes to the world of payments in five years and shake up the financial system.

In June 2019, Facebook announced the launch of a digital currency. The possibility of having its 2.8 billion users using this token sounded the alarm bells of central banks, regulators and governments around the world.

Facebook’s initiative, initially named Libra and now called Diem, triggered the creation of digital versions of sovereign currencies around the planet. And no central bank accelerated the preparatory work as the European Central Bank.

General support. «The digital euro is not an option, it is something we have to do,» said ECB Vice President Luis de Guindos last April, underlining the «relevance» of this project. But the introduction of digital currencies can cause a huge impact in the financial system, if citizens convert their deposits into digital euros, damaging one of the main sources of financing for the banking system. For this reason, authorities from across the world, and in particular the ECB, are carefully managing all the technical and regulatory aspects of their digital currencies.

IMF managing director Kristalina Georgieva said in April that, ”after a long period of development, the field [of digital currencies] is on the cusp of major changes”. While only a few countries were involved in these projects five years ago, such as Sweden and China, now at least 80 central banks are digitizing their currencies. Beijing is quite advanced with its pilot projects, while The Bahamas already introduced the first digital currency developed by its authorities this year.

As the ECB admitted, it was Facebook’s Libra project the “wake-up call” for countries to get involved. The spread of digital payments during the covid-19 pandemic gave a fresh push to the initiative.

In a society marked by technological development and the declining use of cash, monetary authorities are aware that, if they do not develop the digital versions of their sovereign currencies, other countries or private entities will fill that gap, posing a risk to monetary sovereignty and financial stability.

Against this backdrop, a digital euro would facilitate payments by offering greater choice to consumers, as it will not replace coins and banknotes. In addition, it will make electronic transactions cheaper, and facilitate innovation in retail payments, also with the possibility of new services offered by intermediaries such as banks and other payment platforms.

No central bank has sped up the work more than the ECB. In just over a year and a half, the Frankfurt-based institution has managed to carry out a first in-depth study, reach an agreement with the European Commission on its possible development, concluded a public consultation, whose results presented in April, and has plans to start a pilot project in the coming months to test the technical requirements of the digital currency.

Meanwhile, the US started developing a digital dollar in the second half of 2020, while the Bank of England remains a couple of steps behind.

Strengthening the role of the euro. For the  EU, the development of the digital euro will also help to strengthen the European sovereignty on the planet and, more specifically, the international role of the euro. Fabio Panetta, member of the Executive Committee of the ECB and responsible for the digital euro in the institution, said that «a digital euro could protect us from the possibility that a public or private digital means of payment – issued and controlled from outside the euro zone -, displace the existing ones, which could pose regulatory problems and threaten financial stability or even our monetary and financial sovereignty ”.

But as the President of the ECB, Christine Lagarde, already said, it will take at least four or five years before the digital euro sees the light of day.

The reason for this ample time is that this innovation also carries some risks and raises concerns. One of the main issues is that it could cause an earthquake in the banking system. Given that the ECB would be the issuer and custodian of digital euros, citizens could decide to transfer their traditional bank deposits into the safe hands of central banks and their new digital euro deposits, as the memories of the 2008 banking crisis remain vivid.

This deposit run would severely affect one of the main sources of financing for European banks, adding more difficulties to its chronic low profitability, compared with its US peers.

To address this risk, Panetta said that one of the possibilities under consideration is to limit to €3,000 the amount allowed for the new digital version, with penalties if these limits are exceeded. In addition, the ECB also plans to give intermediary role for banks, which will allow them to develop new services with digital wallets and continue to exploit their payment services, which represent almost a third of the income of retail banking.

Still, the impact could be significant. A Bank of America study estimated that up to a trillion euros could move from banks to the ECB, almost a fifth of the deposits of European’s salaries, which represent one their main pillars of financing.

Work ahead. But there is still a lot of work ahead. In the coming months, around the summer, the ECB Governing Council will decide whether to start «a formal investigation phase» on the digital euro. In this phase, the ECB will analyze possible design options and user requirements, as well as the conditions under which financial intermediaries could offer services based on the digital euro.

In this later stage, which would take again several years, integrated services would be created, more tests would be carried out and «possibly a live experiment of the digital euro», added the Italian central banker.

Step by step, test by test, and after several years of studies, consultations, discussions and preparatory work, the Governing Council would then decide in the second half of this decade whether to launch the digital euro. An advance that is still a small step for many unaware of its nature, but a great step for the European economy and its financial system.

Nevertheless, citizens’s main concern is privacy, according to more than 8,000 responses sent during the ECB’s public consultation.

As Panetta explained in the European Parliament last April, «privacy was considered the most important characteristic of a digital euro in approximately 43% of the responses», although those consulted also added that the digital currency must have the necessary features that allow for avoiding illicit activities, such as money laundering or terrorist financing, two of the main risks linked to cryptocurrencies including Bitcoin.

The emphasis given to privacy stems from citizens’ distrust of central banks interfering in their life and economic activities through their payments. Panetta turned the argument around by noting that the digital euro will increase privacy compared to current payment services, which collect users’ information. But he added that the anonymity must be considered in relation to the protection of other general interests, such as the fight against money laundering and terrorism financing, or financial stability.

He explained that the ECB is working to try to strike a balance between different priorities using technology.

«Our preliminary tests with a digital euro are showing promising results on how technology can be used to protect user privacy without relaxing standards against illicit activities,» he clarified. For example, the identity of users can be separated from information about payments, allowing financial intelligence units to access the identity of users only if a suspicious activity is detected.

The results of the ECB public consultation on the digital euro

Study of the ECB on the digital euro 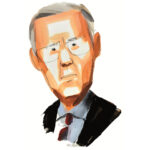 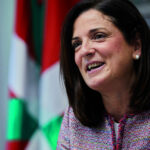