A 2017 Eurobarometer showed how fear of retaliation helped to hide irregularities. A total of 81% of europeans said that they did not report on cases of corruption that they experienced or witnessed.

The Commission also estimated that the lack of adequate protection for these informants cost the EU between € 5.8 billion and € 9.6 billion per year in the field of public procurement alone.

The vice president of the Commission in charge of Justice, Vera Jourova, pointed out in december 2019 that “the whistleblowers are brave people who are willing to expose illegal activities, often at great risk to their career and their livelihoods, to protect the public of irregularities. They deserve recognition and protection for their courageous actions. I call on the Member States to transpose the new rules without delay”.

Would you report an illegal activity?

The EU has approved a directive that offers comprehensive guarantees to those who report illegal activities against EU law, such as money laundering, tax fraud or bad practices in public procurement. The directive, which will enter into force as of December 2021, introduces clear procedures for reporting, as well as secure channels for reporting and preventing retaliation.

The collapse of the digital payments company Wirecard is regarded as the biggest corporate fraud scandal in Germany since World War II. An employee of the EY firm, responsible for its audits, already informed his superiors in 2016 about fraud and bribery attempts by the German ‘fintech’. The warnings of this whistleblower, however, were left to nothing by pressure from Wirecard itself.

Cases like this, published by the Financial Times on September 29, prove the importance of guaranteeing the appropriate channels and the necessary protection to whistleblowers to alert about irregularities.

EY’s failure to act, currently under investigation in Germany for its poor Wirecard audit, led to the loss of hundreds of millions of euros for thousands of citizens.

The “Luxleaks” papers, which uncovered in November 2014 the ‘sweetheart deals’ given by Luxembourg to companies to pay almost no taxes, allowed the European Commission to take action against multinationals such as McDonalds, Amazon or Ikea, who used aggressive tax practices to evade their tax obligations.

«Everyone should thank the whistleblower for his work and the investigative journalists for putting a lot of effort into this,» Competition commissioner Margrethe Vestager, who is leading the charge against unfair tax practices, told this correspondent.

But ‘Luxleaks’ whistleblower, Antoine Deltour, a former PricewaterhouseCoopers employee whose company was involved in the preparation of the tax deals, ended up sentenced in court, although he was ultimately acquitted.

There have been other cases, such as the Panama Papers or the Paradise Papers, in which whistleblowers played a fundamental role in denouncing irregularities to their superiors, the authorities or the press. They exposed situations in which, by action or omission, their companies threaten or harm the public interest, through fraud, corruption, tax evasion or attacks against the environment or food safety.

The situation of whistleblowers in Europe has become an important matter in the last five years. Despite the notorious leaks in recent years, their protection was until recently inadequate across the EU, with big differences between member states. The risk of unequal treatment and legal uncertainty decreased the interest of those who wanted to report to protect their fellow citizens.

For this reason, the European Commission presented in the spring of 2018 a proposal to strengthen the guarantees of whistleblowers. The text, which will be fully in force as of December 2021, introduces clear reporting procedures and obligations for companies, safe channels for reporting, prevention of retaliation, and effective protection for whistleblowers.

In addition, it introduces sanctions for those who try to obstruct the complaint, reveal the identity of a complainant, threaten or retaliate against him, or do not comply with other requirements of the directive.

Poor frame. Before the arrival of this proposal, only ten member states (France, Hungary, Ireland, Italy, Lithuania, Malta, the Netherlands, Slovakia, Sweden and the United Kingdom) had a comprehensive legal framework to protect them. In the other countries, the law only covered some sectors, especially the financial sector, categories of employees, such as civil servants, or certain cases, such as corruption.

As a result, according to a 2017 Commission study, 49% of citizens did not know where to report corruption cases, and only 15% were aware of whistleblower protection rules.

While the Commission prepared the proposal with a public consultation, the European Parliament also took action to make its voice heard. In February 2017, MEPs called in a resolution for a new comprehensive legal framework to protect whistleblowers. The Parliament even went as far as to recommend a specific European agency to advise and collect whistleblower reports.

Following the Commission proposal, member states and MEPs added their amendments, for example introducing the possibility of anonymous whistleblowers and legal protection for journalists who report on the content of the complaint.

The European Parliament rapporteur on this dossier, French socialist Virginie Rozière, stressed that «recent scandals such as LuxLeaks, Panama Papers and Football leaks helped shed light on the great precariousness that whistleblowers suffer today». For this reason, Parliament sent “a strong signal that it has listened to the concerns of its citizens and has promoted solid rules that guarantee their safety and those who choose to speak”, she added.

In March 2019, the European Parliament and the member states reached an agreement on the final text, which concluded its ratification in october of that year and entered into force last december. Member states have two years to implement the rules into national law.

“The EU is committed to a well-functioning democratic system based on the rule of law. That includes providing a high level of protection across the Union for whistleblowers who have the courage to speak up. No one should risk their reputation or their work by exposing illegal behavior”, said Finnish Justice Minister Anna-Maja Henriksson, whose country was chairing the Council when the directive was adopted.

The Commission even told member states to go further in their national framework when they implement the directive. The directive covers only reports on breaches related to EU law, such as tax fraud, money laundering or bad practices in public tenders, safety of goods and roads, environmental protection, public health and consumer protection and of your data. For this reason, the EU Executive invited countries to extend its scope to cover other violations of their national laws.

Companies with more than 50 employees, or more than €10 million in annual revenue, will be required to create appropriate internal reporting channels.

The first companies that will have the obligation to implement the directive will be those with more than 250 employees; two years later it will also apply to those with between 50 and 250 workers.

Protection. One of the key points of the new rules is the protection of whistleblowers. The directive explicitly prohibits retaliation and introduces safeguards to prevent the complainant from being suspended, demoted and intimidated or other forms of retaliation. Those who help whistleblowers, such as facilitators, co-workers or family members are also protected. In addition, former employees or even job candidates in the affected companies are included.

Furthermore, member states should ensure that whistleblowers have free access to complete and independent information and advice on available procedures and remedies, as well as legal assistance during these procedures. During court cases, complainants should receive financial and psychological support.

The directive introduces a hierarchy for the complaints, offering guarantees to those who decide to make them public. Whistleblowers are encouraged to first use their organization’s internal channels, before resorting to external channels that public authorities are required to establish. In cases where no appropriate action was been taken in response to the whistleblower’s initial report, or if they believe there is an imminent danger to the public interest or a risk of retaliation, the whistleblower will be protected if they choose to disclose information publicly.

The new EU rules establish the obligation to respond and follow up on the complaints within a period of three months, although it can go up to six months in the case of using the external channels in duly justified situations.

Text of the legislative proposal.

Page of the European Parliament with the legislative procedure of the proposal.

Proposals made by the NGO Transparency International to the proposal of the European Commission. 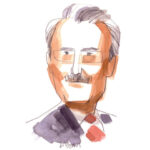 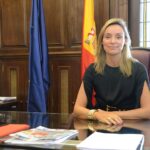